When you're on a quest, there are two aspects to the game - moving on the quest board, and fighting units.

When you start, the quest board will look like the following: 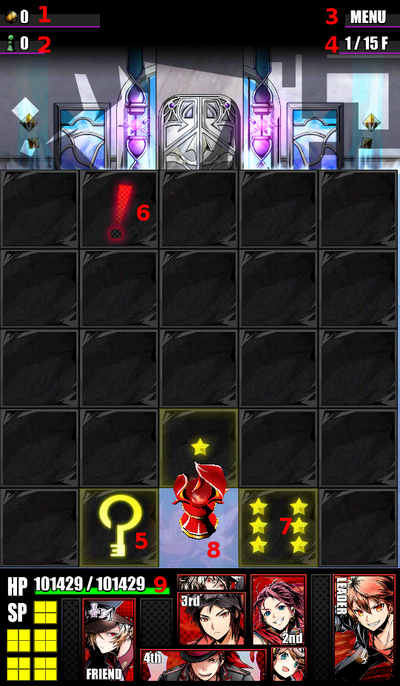 To progress in the board, you must tap an adjacent square to move your icon. The goal is the door directly across from where you spawn.

The door will start locked, and you must get the key hidden on key squares to proceed to the next floor, or the boss of the quest. Initially, there will only be one key square per quest, and it will hold the key to "Move on!" After some progress, multiple key squares will spawn, but only one holds the key! The others will act like normal panels that reward you with gold, spawn a unit for you to fight, or do nothing.

When you move, the surrounding squares with stars will change both in number, and color.

★ = Higher chance of doing a first attack when encountering enemies. This will delay your enemies' attacks by 1 turn.

★ = Higher chance of receiving a back attack when encountering enemies. This will move up your enemies' attacks by 1 turn. If they're already at 1 turn upon encounter, they will attack immediately, and have 1 turn until their next attack.

★ = Either getting Treasure/gold or encounter Enemies.

If more than one square turns red, it will flip is this order:

As of Version 1.0.6 Chain Battles no longer occur in Story Areas. 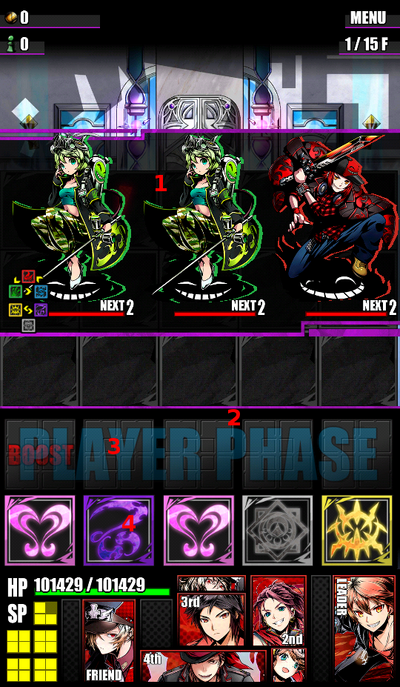 So to attack your enemies, you place attribute panels on the action board during "Player Phase."  Your organization of the panels will determine which of your monsters attack based on their skills. For example, here are Akane's 5th evolution skills: 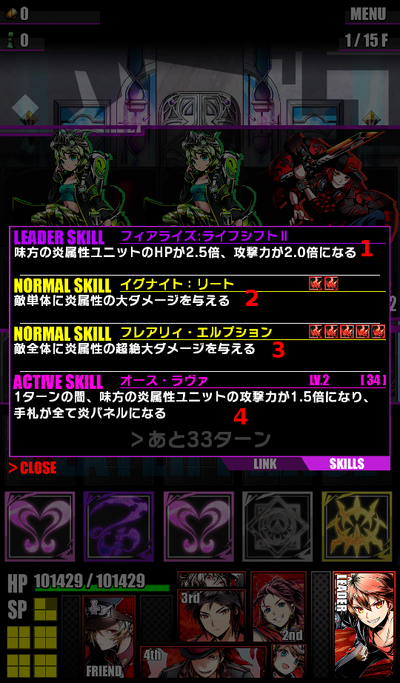 Each normal skill activated in this method is referred to by the game as "hands."   For example, if you place 2 fire panels into one square, and then 5 fire panels into a different square, he will activate both his first and second skill, and the game will say "02 Hands!"

The more skills you activate from your monsters, the more hands will be shown.  Increasing the number of hands in a single player phase will substantially increase your damage, as there is a multiplier added for more hands, up to 8.25x damage for 30 or more hands activated! 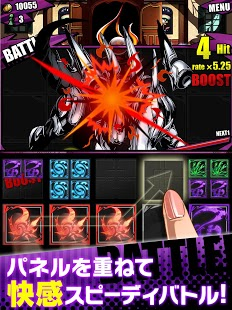 When you move a panel from your stockpile onto the action board, the game will immediately "roll" another panel to replace it.  In this method, you can place up to 25 panels onto the action board in a single player phase.  Take note, though, that placing an elemental panel on the action board will start a countdown.  From this point, you have roughly 5 seconds to continue placing panels or your turn is over.

When two or more panels of the same attribute are next to each other, you can "pick up" all of them at once by tapping and holding one, then dragging that panel over the rest. Alternatively, you can rearrange your elemental panels by picking it up and moving it through your other tiles.  This way you can stack up the same attribute panels to be near each other for easier placement.  In either of the cases described, the countdown will not start during this time until you place them on the action board.

As of ver3.0, units can now get Links: support units that give several bonuses to your main party. If an unit has a Link, tap its icon and check the "Link" tab to see its Link bonuses: 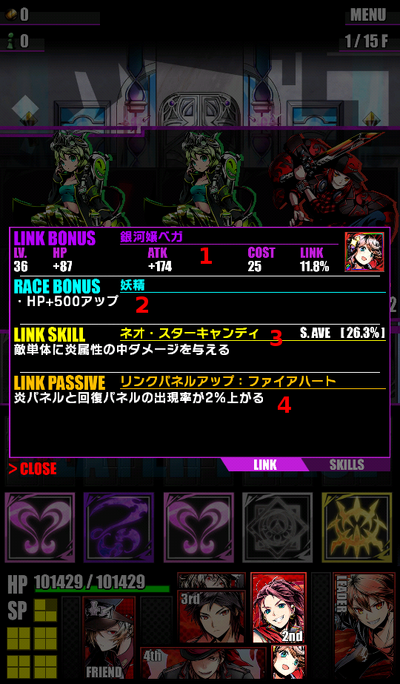 When you defeat enemies, it's possible they will drop.  The rarity of the monster is shown by which chess piece appears in the monster's location.  Not all enemies can drop, and most monsters will not drop on their first defeat.  Acquiring a strong set of monsters is part of the adventure! 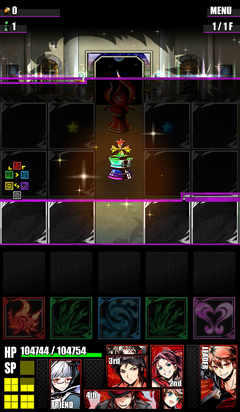 So the goal is to make it to the key square, get the key, and then make it the door to move on to the next floor, and/or fight the boss and complete the story quest - using your acquired units to defeat any enemies along the way.  Good luck! 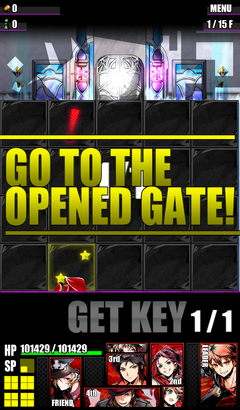 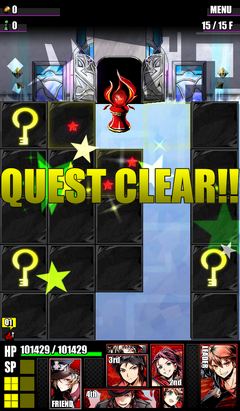 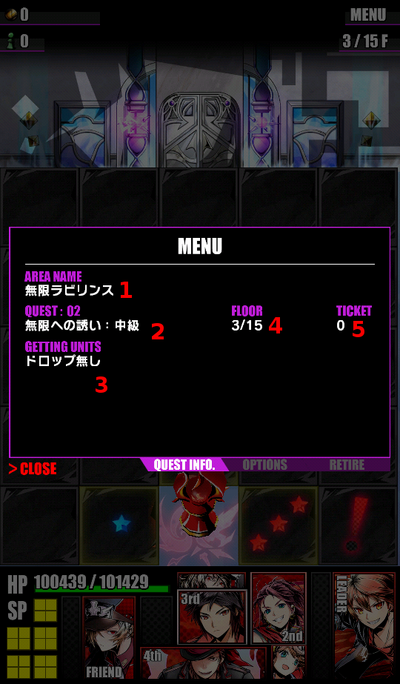 Clicking on Menu in the upper right corner of the screen while in a quest will show the above menu page.

Clicking on Options from this menu will let you enable or disable the background music, sound effects, and the guide.  The guide is just the attribute affinity chart shown during battles.

Clicking on Retire will ask if you are sure you want to retire.  The left hand button affirms your desire to leave the dungeon. The right hand button cancels the retire, allowing you to continue the quest.

Retrieved from "https://divine-gate.fandom.com/wiki/Questing?oldid=32463"
Community content is available under CC-BY-SA unless otherwise noted.